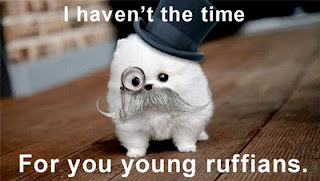 I get that I can be antisocial at times, but there are about 14 different reasons why tomorrow's a lousy day for a team potluck:

1. It's too fucking soon after Thanksgiving and no one wants to cook.

2. We all just paid rent with the last paycheck and have no funds for feeding others. Yea, OK, that's especially me...Husby's not gonna be back in town til Monday and I'm thinking of going stag to the company holiday party just for the free food....and I don't even like the food at TPC Sawgrass!

3. We're working so much OT, we don't have time in the evenings to be creative in the kitchen. They're gonna have to settle for edible.

I could go on, but I'll try to keep this rant under control. The boss threw 10 sites in my lap for completion by COB (an hour before my quitting time) and then told us 10 minutes later that the potluck was still on. Like the fact that I haven't signed up to bring something yet isn't an indication that my culinary juices are a little tapped right now...never mind that now I'll be in the office til at least 7 p.m. because I lose track of time in the evenings and don't know when to stop working...which isn't exactly a bad thing when you've promised them 10 hours of OT, but still...

There's also the irony of buying the ingredients for potluck pot pie along with a box of mac & cheese for myself, because I'll be too busy making my covered dish to feed myself properly...

Outside: blissfully, deliciously chilly!!!!! Not that I'm loving it or anything...

Inside: tech support's too noisy and i'm too ornery to put my iPod on...

Wearing: jeans, brown oxfords, favorite sweater, black scarf....if you look up me in the dictionary, I'm wearing this outfit.

Creating: a knitted case for the Kindle Fire

Going: to TPC Sawgrass Saturday night for the company holiday party...should be VERY weird without Husby : (

Hoping.....
Dad J is headed home from the hospital as I write this. They loaded him up with antibiotics, drained a disgusting amount of fluid out of his body (seriously, you don't want the details...), and showed him the door. He was in there a full week, and I still don't think they got a straight answer about what caused all his ill health.

Husby's sis broke her foot this week. Grandma can't be left alone anymore. Husby's been a little busy up there. The fine line between your own life and your life within your family...that sucker would be a lot blurrier if we lived closer. Cheapest train he could get was Sunday/Monday. Good thing, cuz we're tapped here.

So, hoping I can figure out the Wi-Fi SOMETIME this week, get some small tasks done around the house before he comes home, and get my OT done by Saturday noon.

Image from somewhere on Pinterest.
Posted by Melanie J. at 2:44 PM

"In the depth of winter, I finally learned that within me there lay an invincible summer." 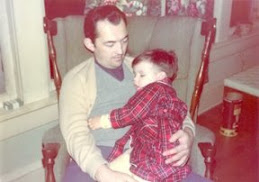